Candy Board for Winter Feeding

I received an email asking for more info on candy boards.

Here is another good source.

In the quest for the perfect feeding method, the candy board should be considered as an alternative to feeding either sugar syrup or dry sugar. The candy board is a plywood cover with a wooden rim attached. The rim could be anywhere from three quarters of an inch to two inches deep; the resultant cover will hold from two to five pounds of candy.
The candy board is best used to feed bees during the colder parts of the year in temperate regions.  Humidity is created in a colony as the bees warm the cluster). The resultant moisture becomes incorporated into the candy, making it more accessible.
Constructing the candy board is straightforward. Preparing the candy, however, often calls for experimentation.  One recipe calls for heating a super saturated solution of sugar (12 pounds sugar; 1 1/2 pounds honey; 1 1/4 quart water; 1/4 teaspoon cream of tarter) to 238 degrees F.   Others recommend heating the mixture to 300 to 310 degrees F.    After removing it from the heat source and adding cream of tartar, cool to 125 degrees F., then stir until cloudy and pour into the board (cover). 1
The resultant candy is rock hard. simpler alternative is to wet the board, pour in dry sugar, just barely dampen the mixture and allow it to dry for several weeks.   Nails driven through the rim before the sugar is added will help keep the resultant cake in place. A big advantage of the candy board is that it can be made up ahead of time and stored until needed. Feeding then becomes the simple act of inverting the candy board over the hive, sugar side down. Robbing is also minimized because there is little possibility of spilling sugar syrup in the apiary.  At first glance, the advantages of the candy board are appealing. However, only when a beekeeper sees the fruits of using the candy board mature within their own management style, should its use become doctrine.  Many ideas on this topic can be found on the World Wide Web.
1.     H. Williams, Beekeeping in Tennessee, Publication 697, Cooperative Extension Service, Knoxville, TN, 1985. 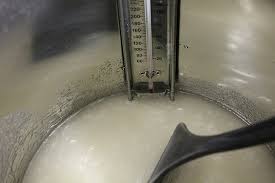 Posted by sweetbees at 10:34 AM No comments:

It's good for you. 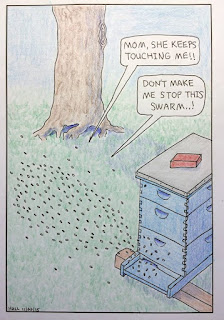 Posted by sweetbees at 12:04 PM No comments:

for membership and family

Posted by sweetbees at 12:33 PM No comments:

Can You Imagine the delight of everyone when you arrive to your holiday party with this?

Andy and I are going to a dinner party tonight, guess what I am putting together. 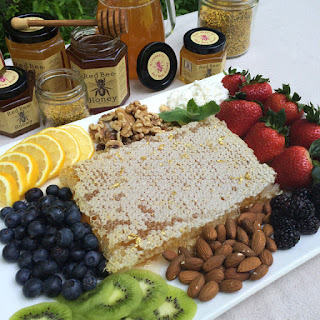 Along with a delicious french bread!
Posted by sweetbees at 9:37 AM No comments:

Come One, Come ALL!!

It is always a lot of fun with assorted items and what ever is left over from the Big E. 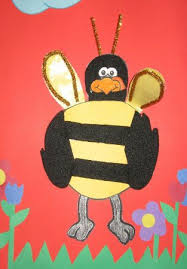