Our meeting was very well attended and as always entertaining!

Here are the downloads as promised. Enjoy! 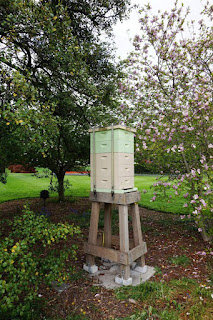 White House Bee hive
Posted by sweetbees at 11:55 AM No comments:

Somedays a February Day can delight  you!

Spring will be here before we know it, get your bee gear in order. 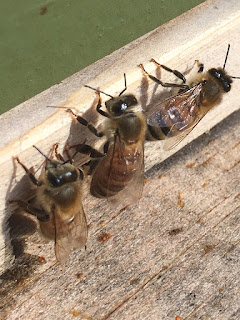 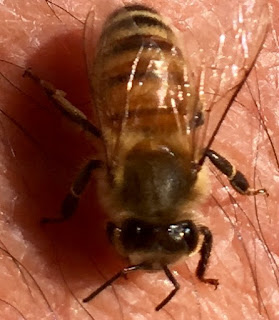 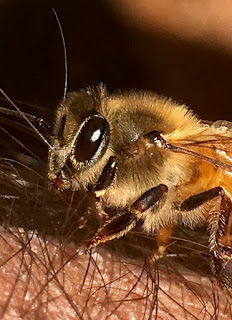 Thanks again Mark!
Posted by sweetbees at 2:04 PM No comments:

Our February 25th Bee School Meeting is right around the corner.

Andy Preissner will be our speaker for the evening
with the subjects being Swarms and Queens and
Dynamics of the Hive.

Please plan on arriving early as we do like to get started promptly at 7pm.

If you feel so inclined, bring a delicious treat to share with your fellow keeps! 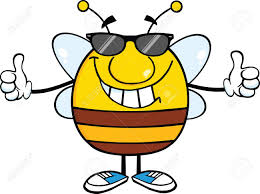 Posted by sweetbees at 1:33 PM No comments:

Wishing you all a Beeutiful Valentines Day!

Love is in the Air
and soon so will our bees! 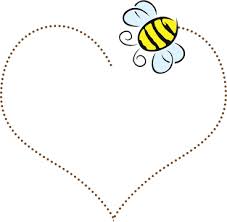 Wishing you all the sweetest Valentines Day.
Posted by sweetbees at 1:47 PM No comments:

An interesting Article on Bee Deaths

One question that has had scientists buzzing in recent years is, "What is killing the bees?" Many reports have documented the mysterious decline in honeybee populations around the world, with research focusing on possible causes including parasites, a type of pesticide called neonicotinoids, and other factors. Now, research out of the University of Exeter in the UK and the University of California, Berkeley, reveals another explanation: the spread of a viral disease, inadvertently helped along by humans.
The study, published in the journal Science, found that European honeybees are the main source of Deformed Wing Virus, which has spread through bee hives around the world. The researchers determined that the spread of this insect pandemic is largely fueled by human trade and transportation of bees.

How does it spread? The Varroa mite carries the disease, feeding on bee larvae, then the virus itself kills off the bees.
The study's lead author, Dr. Lena Wilfert, of the University of Exeter's Centre for Ecology and Conservation, said they found evidence that human involvement has played a key role in the epidemic.
"If the spread was naturally occurring, we would expect to see transmission between countries that are close to each other, but we found that, for example, the New Zealand virus population originated in Europe. This significantly strengthens the theory that human transportation of bees is responsible for the spread of this devastating disease," she said in a press statement.

The research team examined sequence data of the virus samples collected from around the world from bees and the mites that carry the virus. They used this data to construct a path of how the virus spread, determining that it traveled from Europe to North America, Australia, and New Zealand. There was no movement between Asia and Australia, but there was some back-and-forth between Europe and Asia. While they examined other species of bees, they determined that the European honeybee was the main culprit for the virus's spread.
"We must now maintain strict limits on the movement of bees, whether they are known to carry Varroa or not. It's also really important that beekeepers at all levels take steps to control Varroa in their hives, as this viral disease can also affect wild pollinators," Wilfert said.
Scientists are concerned about the impact these mass bee deaths could have, not just on biodiversity, but on human health and global agriculture.
"Domesticated honeybee colonies are hugely important for our agriculture systems, but this study shows the risks of moving animals and plants around the world," co-author Roger Butlin, a professor of evolutionary biology at the University of Sheffield, said. "The consequences can be devastating, both for domestic animals and for wildlife. The risk of introducing viruses or other pathogens is just one of many potential dangers."

© 2016 CBS Interactive Inc. All Rights Reserved.
Posted by sweetbees at 9:41 AM No comments:

A Picture of Bees on a January? Day!

We sure are having a warm winter this year here in New England.

Here is a photo of some girls enjoying the lovely weather. 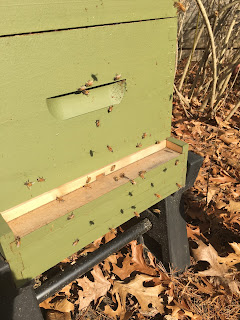 Thanks Mark!
Posted by sweetbees at 1:31 PM No comments: